SACRAMENTO – The California Highway Patrol made a determination this month that a cyclist caused the fatal collision that killed her when a truck struck her on November 2, 2015. Sacramento County Superior Court Judge Matthew Gary was driving the truck and the accident occurred while he was turning left onto Fair Oaks. The CHP officer investigating the accident found that the victim had tried to cross the street before reaching the intersection, mid-way through the block. 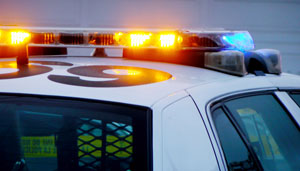 According to the CHP, Margaret Bengs crossed Fair Oaks Blvd. on her bike right in front of the truck being driven by Judge Matthew Gary just as he was turning left onto Fair Oaks. The CHP officer that investigated the collision found that Bengs was in violation of the law for trying to cross in the middle of the block instead of at the intersection.

The Sacramento Bee requested that the accident be further investigated. Two experts in accident reconstruction, who used to head up CHP Multidisciplinary Accident Investigation Teams (MAIT), reviewed the 16-page accident report and came to a different conclusion than the one found by the CHP.

“Nothing prohibits a bicyclist from crossing the street where she did,” claimed Bob Snook, who previously was head of the Valley Division of MAIT before he retired 6 years ago. “The opinion offered by the officer that the cyclist was ‘not allowed to cross at that spot’ is not in line with the facts or the law.”

Witnesses at the seen gave conflicting statements regarding the accident, and these discrepancies were not resolved by the CHP because the officer investigating the incident did not collect key physical evidence, according to Snook and his cohort Bob Koetting, who also reviewed the accident report. Koetting previously was head of the Northern Division of MAIT when he took his retirement from the CHP about 4 years ago.

Koetting concluded the investigation by the CHP “was thin.” He said he doesn’t blame the CHP officer but a culture favoring fast investigations that prioritize clearing crash scenes up quickly so traffic can keep moving. Snook agrees.

CHP Officer Jenna Berry, acting as spokeswomen for the agency, would not answer questions regarding either the accident report or the investigation, claiming the report “stands by its conclusions.” She did say, “The CHP investigates every accident thoroughly and impartially and did that in this case.”

Bengs, 66, succumbed to her injuries the following day. She had been former Governor George Deukmejian’s speechwriter as well as former California Attorney General Dan Lungren’s. The Sacramento Bee said she was one of their op-ed contributors.

Bicycle advocates, along with Bengs’ family are convinced that the CHP gave Judge Gary preferential treatment due to his position. The CHP denies this, but has admitted errors in reporting the victim’s time of death as well as whether she had a helmet on or not. Margaret’s sister, Anne Bengs Maffucci, said the family is contemplating taking legal action.

According to Snook and Koetting, the CHP should have had MAIT investigate this accident since this is such a high-profile case. There are eight MAIT teams across the state that conduct very in-depth accident investigations and utilize sophisticated reconstruction techniques in determining the causes of accidents. Instead the CHP Officer first dispatched to the scene conducted the primary investigation of this incident.

At O’Connor, Runckel & O’Malley, we represent clients who have lost loved ones due to others' negligence. With nearly 50 years of litigation and trial experience, we are not afraid to take anyone to trial that has wrongfully caused the death of your loved one, spouse, child, or family member. While most cases involving wrongful death settle out of court, when bringing a wrongful death suit to court, we work closely with our clients to present a full picture of the loss that surviving family members have suffered. We work to make sure you and your loved ones receive the fair compensation that you are entitled too. That compensation will include present and future wages, medical expenses, and funeral costs, but it will also include loss of love, guidance and companionship, moral support, and financial support.

If you have lost a loved one in an accident caused by another, contact an experienced wrongful death lawyer. When you call the law offices of O’Connor, Runckel & O’Malley, you will be talking with an attorney who has spoken with hundreds of people in your similar circumstance. You will be treated with the respect and sympathy you need during your time of heartbreak and anguish.