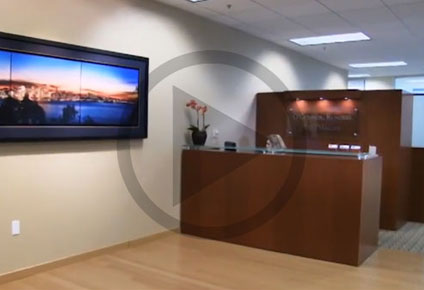 Every year in California, more than a million people are arrested. In the end, many of these people are not convicted, yet they continue to live with the repercussions of having an arrest on their record. Because of this California lawmakers passed Senate Bill 393, which allows people who were arrested, but never convicted, to have their arrest record permanently sealed.

Governor Jerry Brown signed the bill into law in 2017 and the law is now in effect as of January 1, 2018. Individuals who were arrested in California, but never convicted, can now take steps to have their arrest record sealed.

SB 393, which is usually referred to as “The CARE Act,” changed California Penal Code Section 851 dramatically. New subsections were added and several were amended.
PC 851.91 says that people who are arrested in California, but never convicted of that crime, have the right to have that arrest record permanently sealed, as if it never occurred.

How Can Having Your Arrest Record Sealed Help?

Anyone who has ever been arrested realizes the stigma associated with having an arrest record, which lasts his or her entire life. With an arrest on your record it can be hard to find a job, rent a home and qualify for certain state licenses.

When your arrest record is sealed it is if you were never arrested in the first place. You will no longer have to suffer the consequences associated with having been arrested for a crime. For example, when a prospective employer asks you on a job application if you’ve ever been arrested, you can answer “no.” Applicants often lie about this to improve their chances of getting the job, but if the employer does a background check and the arrest record is not sealed, it will likely appear. If the record is sealed, the general public will no longer be able to see it.

However, under certain circumstances this rule will not apply. If you have your arrest record sealed under the provisions provided in PC 851.91 it could still appear on background checks conducted for jobs in law enforcement as well as state licensing boards.

If you are someone who has been arrested for, but not convicted of a crime, the Law Office of O’Connor, Runckel & O’Malley can help you. We are here to answer any questions you might have and to guide you through the process of having your arrest record sealed.

Eligibility to Have Your Arrest Record Sealed

To be eligible to have your arrest record sealed, you cannot have been convicted for the crime you were arrested for. PC 851.91 clearly spells out what this could entail:

You are Not Eligible to Have Your Arrest Record Sealed if:

Furthermore, PC 851.91 will not permit your arrest record to be sealed if you have a pattern of committing elder abuse, child abuse and/or domestic violence. A “pattern” as defined by law would entail being convicted two or more times of these crimes or being arrested five or more times for separate offenses, all occurring within three years of one another.

Arrestees who fit a “pattern” of committing acts of elder abuse, child abuse or domestic violence are still allowed to apply under PC 851.91 for sealing their arrest record. However, they must show that having their arrest record sealed is fair because it serves the best interests of justice.

The attorneys at O’Connor, Runckel & O’Malley are well known and respected throughout the legal community and among our clients. From our offices in Walnut Creek, we serve clients throughout Northern California. Our experience and expertise are available to you.

As Seen On Yelp

"I found ORO online. I retained Dan O'Malley and he immediately took control of the case. He and his staff kept me updated, calm, and less-stressed given the circumstances of the situation. I was extremely happy with how the case turned out and would recommend them to anyone in need of an attorney."