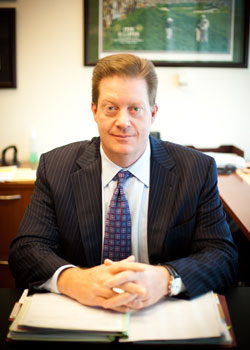 Thomas M. O'Connor is a founding partner of the firm and currently focuses his practice on Personal Injury cases.  As a partner in O'Connor, Runckel & O'Malley LLP, Mr. O'Connor represents plaintiffs in serious personal injury and wrongful death cases with a proven record of success.

Mr. O'Connor has been selected to Super Lawyers from the years 2013 through 2020. This designation is given to only the top-rated attorneys as recognized by their peers.

Mr. O'Connor also has extensive experience negotiating cases with other lawyers and judges.  He has personally negotiated the disposition of thousands of cases. These skills serve him and his clients as an invaluable asset in the investigation, litigation, and negotiation of all civil and criminal cases.

Mr. O'Connor has practiced his entire career in the Bay Area.  He continues to live in the Bay Area with his wife and children and is actively involved in the community.


LINKS TO CASES HANDLED BY MR. O'CONNOR AS A DISTRICT ATTORNEY

As Seen On Yelp

I've known Tom for close to 20 years. If you want a "tough guy" for your personal injury, he's the one. Hard working and thorough. Gets the job done, and done right!