Covering car accidents, wrongful death and more, brought to you by the Law Offices of O'Connor, Runckel & O'Malley LLP.

The term "damages" in relation to a personal injury case refers to the amount of money claimed or awarded in compensation for a loss or an injury. In order to maximize the award, it is important to take into account all damages suffered by the victim.

Read more: What are Damages in a Personal Injury Case?

If you have been seriously injured due to someone else's negligence, you have the right to seek compensation. In the case of a personal injury lawsuit, the injured person, also called the plaintiff, seeks compensation from the person or company that is legally responsible for the accident: the defendant or their insurers. A damage award can be agreed upon out of court in a private, negotiated settlement, or it can be ordered by a judge/jury following a court trial.

To determine how much your case is worth, it is important to know just what factors into a personal injury claim. The following components will have significant impact of the value of your claim:

Read more: How much is my personal injury claim worth?

A CHP officer, Sean Harrington, 35, of Martinez is under investigation for allegedly forwarding nude photos of a woman in custody from her cell phone to his. The woman is a 23 year old DUI suspect who had nude and partially nude photos of herself stored on her cell phone.  The attorney representing the woman believes there are likely to be other victims.

The woman became aware of the theft when she noticed that the photos in question had been forwarded to a phone number that turned out to be Harrington's. The Contra Costa District Attorney's office served a search warrant at the officer's Martinez home and seized his cell phone, which contained photos, text messages and instant messages from the victim's phone. The attorney representing the woman believes that other victims will surface based on the fact that multiple search warrants were served in the investigation. 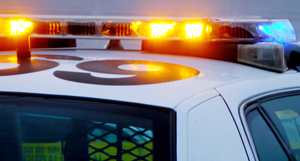 The arrest occurred just after midnight on August 29th when Harrington and his partner stopped a white sedan on Interstate 680 near Crow Canyon Road in San Ramon. The woman failed a field sobriety test with a blood alcohol level of 0.29 and was taken into custody for suspicion of DUI. During the traffic stop Harrington asked for the woman's cell phone password, which she gave to him. Investigators used video surveillance of the booking area to determine that Harrington forwarded the photos to himself at 2:08 AM, while the woman was in custody.

One year ago, 63 year old Jean Marie Arbelbide died at a parking lot for the San Francisco International Airport by drowning. Tuesday, his family filed a lawsuit against South San Francisco in the San Mateo County Superior Court.

On March 29th 2012, Arbelbide traveled to the parking lot to perform maintenance. When he didn't come home, his family called the police and reported him missing. His car was found at the lot, and his body two days later.

Arbelbide, a self-employed gardener from San Bruno, was spraying weed-killer in the parking lot when some rotten plywood gave out beneath him. What he fell into was revealed to be a nine foot deep pit filled with stagnant water. This hole was referred to as "leftover infrastructure," originally used to block water flow to nearby docks, which would allow boat owners to maintain and work on their vessels.

The destructive 2012 gas pipe explosion in San Bruno that claimed eight lives and destroyed 38 homes has yielded a multitude of lawsuits against PG&E. In a settlement with the Greig family, PG&E agreed to strengthen its gas pipeline safety regulations. The utility must maintain closer observation of the lifespan of its pipelines, and must calculate a minimum safe lifespan for pipes in populated areas. This will allow PG&E to identify weaker or aged pipes and replace them before they become dangerous, potentially preventing incidents like the one in San Bruno.

The Greigs will be able to receive an audit of the company's progress on these changes, and can prompt mediation talks if they see that the utility is not holding its end of the settlement. The family will receive regular reports describing progress made.

The deadline for these changes is set on December 31st, 2015, or whichever date is decided on by the California Public Utilities Commission. PG&E states that it has already begun following the new requirements, but the process will be an ongoing effort.